The building that houses the Medical University of South Carolina’s Waring Historical Library was built in 1894 as the library for the Porter Military Academy. It served in that role until the university purchased land from the Porter Academy in the 1960s.

In the late 1960s, the library began housing the rare book and special collections and was named after the first director, Dr. Joseph I. Waring, an author and professor of pediatrics at MUSC starting in 1927. Today, it is home to the Medical University’s rare book and special collections, including the original library collection and meeting minutes of the Medical Society of South Carolina, books covering the history of the Atlantic Medical World in the 18th and 19th centuries, and records documenting the history of health sciences in South Carolina and the South. The library is on the National Register of Historic Places and is considered the finest example of Neo Gothic architecture in Charleston, which has few examples of that style in the whole city.

An invaluable building, in critical need

Although it is one of the oldest buildings on campus, the Waring Historical Library has not received any apparent structural attention since the university acquired it in the 1960s. Given its historical significance and the value of its collections, we are increasingly concerned about the building’s declining condition.

For these reasons, we are seeking philanthropic funding to help pay for the Waring Historical Library’s restoration, updating and overall improvement. 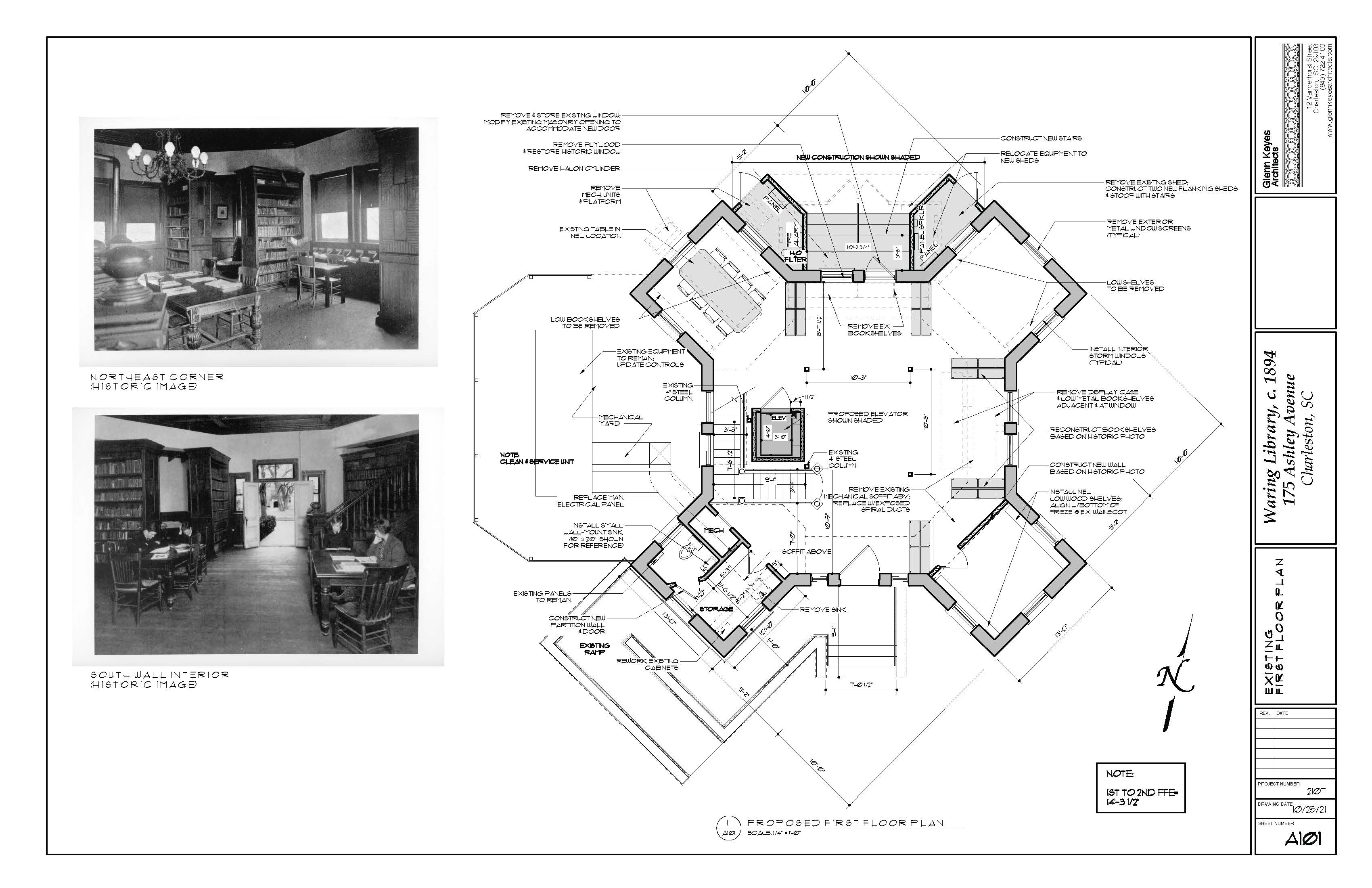 Our vision for the future

Our vision is to create an environment for the reliable preservation of our history, while also setting the stage for an expanded use of the Waring Historical Library in the future.

To that end, we will:

These repairs and updates are projected to cost an estimated $1.2 million. Of this amount, the Medical University has committed to provide $900,00 from its deferred maintenance fund. The remaining $300,000 must be provided through fundraising.

The Medical University invites all those with an interest in the preservation of medical history to partner with us, as we embark on this important endeavor. Significant contributions in support of this restoration will be recognized on a special donor wall to be displayed within the library. We also are offering a limited number of naming opportunities within the facility.

For more information about giving opportunities and our efforts to restore the Waring Historical Library, please visit Support the MUSC Waring Library or contact Linda Cox at 843-792-4282, coxl@musc.edu.